Posted on September 14, 2019 by diamondstylz

Netflix released Dave Chappelle’s comedy special “ Stick and Stones.” This set the Internet on fire. As a fan of Dave Chappelle and a black trans woman, I found myself pulled into a conflicted space between an outraged LGBTQ+ community and Right-wing adjacent straight community. I call them right-wing adjacent because a large portion of the Black cisgender heterosexual community aligns politically with the right-wing on most social issues except racial politics. However, most conservative-leaning black folks don’t take up comfortable seating with the GOP because the GOP  still wants to honor their white ancestors by putting up Confederate flags and denying the need for reparations. That would be a real “hilarious predicament” which is what Dave calls complicated situations. “Sticks and stones may break my bones, but words will never hurt me” is a saying we all heard in our youth. A manta past down to teach us to ignore what people say because their words have no effect. Like many lessons that adults told us were important to learn, as we grow older we learn that some of those lessons weren’t useful or true. Thoughts turn into words. Words are used to set up jokes. Jokes reinforce beliefs. Beliefs turn into actions. Actions turn into policies. Policies turn into systematic oppression.

I watched and enjoyed the latest Dave Chapelle’s Netflix special. In the same way, I twerk and get hype to songs that degrade and objectify Black women. This is a contradictory space that Black women growing up in the hip hop era are accustomed to being in. My body can respond to a rhythmic beat and catchy lyric but that does not stop my analytical mind from seeing the oppressive nature of the art. If I laugh at Dave’s well-delivered punchlines, this does not at all trump the need to stop using transphobic and misogynistic premises as the basis of his work. Like music and other forms of art, comedy has always been a force in the domino effect culture has on sociopolitical change. A perfect example is a queer pioneer in comedy Loretta Mary Aiken aka Moms Mabley.  She was the first successful female comedian. We would not have a Whoopi, Monique or a Tiffany Haddish without her. Mabley inspired male greats like Richard Pryor, Redd Foxx, and Will Rogers too.  She strategically took transgressive comedy to the mainstream by packaging taboo social commentary about gender, sex, and age in a toothless homely character garbed in a bedraggled duster and bonnet. Moms Mabley was born in 1894. When she was growing up, major events that took black people out of second-class citizenship like the Civil Rights movement had not occurred. Toni Morrison’s books that centered black woman were yet to be written. Black women were the butt of the jokes through characters like Topsy or mammy housekeepers advertisement in the early 1900’s. The stakes were too high for a black women who was at the bottom of the socially hierarchy. She did not have the luxury of making fun of the less privileged. She leveraged her platform in a way that changed the landscape of entertainment and the national discourse by disarming the audience through how her character’s looks but telling truthful jokes that punched at the status quo. The results were an entertained audience and a push towards the better treatment of the people who share her identities and struggles. That’s what comedic genius looks like when used for good. It’s not some rich man punching down with “jokes” reinforcing conservative rhetoric that leads to the death of people on the margins of this society. 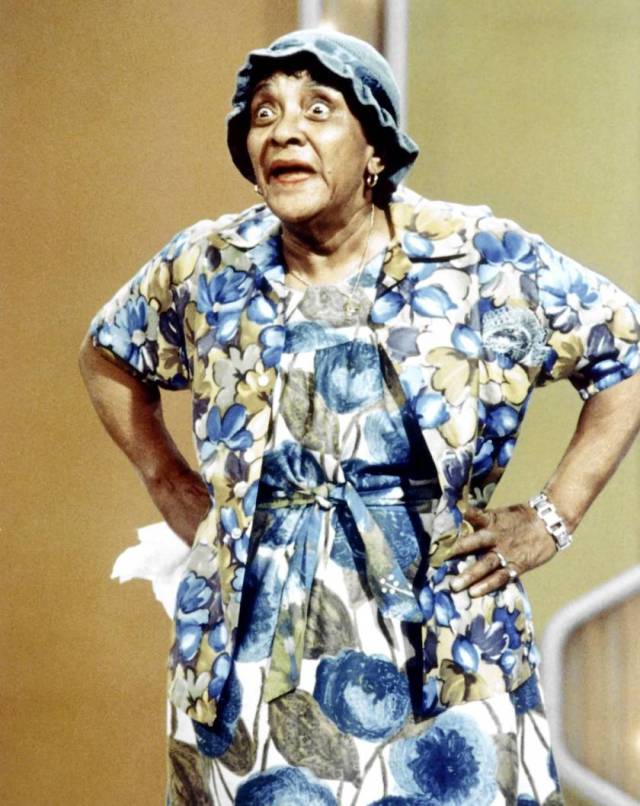 We have a multitude of examples of how the public reaction to entertainers can negatively affects the interpersonal lives of an individual. Anita Hill, Paula Jones, and Dee Barnes have been victims of the community consequences when demonized on massive comedic platforms like SNL, MadTV, etc.  It’s not just joking from a platform as big as Dave Chappelle’s. If a comedian jokes about the issues of climate change, does it cause climate change? No, it does not. But if you joke about climate change, in a way to reinforce that climate change doesn’t exist on a big enough platform, you can affect how people vote or treat people who are trying to stop it.  Just like Donald Trump’s speeches dog whistles to conservative terrorists igniting mass shooters and vehicular homicidal maniacs. It is no coincidence that Breitbart featured this Dave Chappelle special on their site and no other Chapelle special before it. These “jokes” trivializes our experiences which diminishes the gravity of the the rape, discrimination, violence, and deaths of women and LGBTQ+  around the country particularly Black trans women. That statement is not a hyperbole. There are plenty of studies about how culture impacts community violence. Tyra Hunter was in a car accident in 1995. When the emergency medical technicians, EMT, came to rescue her and the other passenger, upon cutting off Tyra’s clothes, they discovered she was transgender. They made the same “its a man” jokes and audaciously utter derogatory epithets. They stop doing their job which consequently leads to her death.  Normalizing these mindsets and jokes leads to incidents like these. Muhlaysia Booker was violently mobbed by a group of men for a small fender bender in a viral video. Throughout the video, the men and bystanders are yelling homophobic slurs that Dave is trying to normalize by race-baiting us with jokes comparing homophobic slurs with racial slurs. He tells a joke about an executive reprimanding him for saying a classic homophobic slur. Her reason was because he is not in the LGBT community. His rebuttal was to point out the hypocrisy of him not being able to say the F-word but can freely say the N-word. Neither of this slurs should be used or normalized regardless of that executive’s ignorance of the intersections of homophobia and racial oppression. A month after the viral attack, Muhlaysia Booker was murdered adding her to the body count of 16 dark skin black trans women who has died to violence this year. Is Dave specifically responsible for her death? No. He does add fuel to fire instigating transphobic conversations in communities around the country. 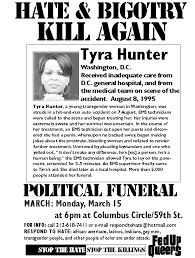 Dave Chappelle is not the only one. I saw an article offering Tiffany Haddish’s special “They Ready” as an alternative to “Sticks and Stones”. This is a better option for variety, but not a better option for LGBT people. Marcus Parker aka Flame Monroe is a drag queen who still identifies as a man and a proud father of 3. Flame’s whole set of jokes are based off the premise that people cant tell he is a man when he is dressed up and his intentional or unintentional deception of people when he is in drag. I anticipated its release because I remember the classic onstage roast battle between Flame and Sheryl Underwood on BET’s ComicView in the 90s. So you can only imagine how shocked I was to hear Flame do his bit with the same Im-really-a-man jokes he was doing in the 90s. He did add a new one the “LGBTABCDEFG people” joke similar to Dave’s “Alphabet people” joke based on a dismissive premise that LGBTQ+ folks are just doing too with all these letters. Flame even went on to simplify our issue down to sexual orientation. by saying “Back in my day, you either like penis or vagina or both” which harkens back to the that conservative alignment to old antiquated notion around gender and sexuality. This totally dismisses gender identity out of the equation. A person who doesn’t know the nuances of the trans experience would think all trans people are like this drag queen. It’s irresponsible and unnecessarily offensive. Tiffany Haddish cared enough to looks back in her past and pull Flame into the spotlight. I just wish Flame cared enough to be mindful of what he said when he got there. The difference between him and Dave is that Dave is in a place of power and privilege that Flame is not. Flame is still trying to get the shine. Flame’s self deprecating and self-effacement strategy is how Flame got in the door in the first place.
Do I want Dave Chappelle to be canceled? No. Trans people do not have the power to cancel someone so powerful in this social climate around our existence, but gone are the days where celebrity comics won’t get called out for these socially irresponsible tactics just for a cheap laugh. Marginalized people are not overly sensitive snowflakes forcing everyone to be politically correct. We are shining the light on the weakness of your so-called genius if you cant do comedy in a better way. Dave and people like him are having to lament the idea that it’s not ok to make us the butt of your jokes anymore. It is no longer as comfortable to stand proud in bigotry, racism, and female oppression as it once was. We are just asking celebrities to be socially conscious for the people your voice and entertainment effects. We are people on the margins trying to survive and your jokes make that harder in life or death ways. I recognize that this is your arts and your voice, but you are not some bully on the playground I can ignore. You are an influencer. I just ask that you acknowledge from the comfort of your privileged life that your words have an impact on the people beneath you. 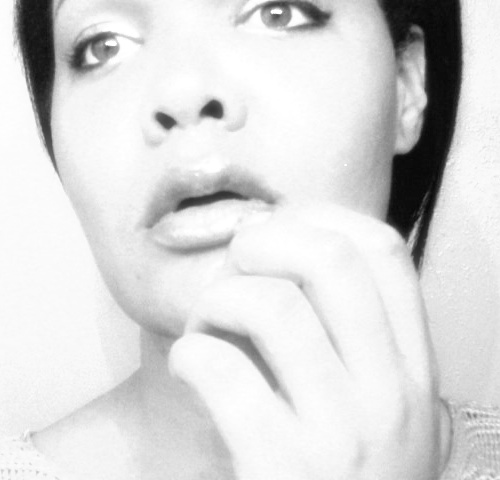 Diamond Stylz is a transgender producer/activist/public speaker. She is pursuing a masters in Psychology.From sharing her sultry voice in song, her comedic antics,to sharing her life & commentary in the online media, she will capture your heart.
View all posts by diamondstylz →
This entry was posted in Uncategorized. Bookmark the permalink.