Isis King Eliminated From ANTM But Not From Our Hearts

Posted on September 29, 2011 by diamondstylz 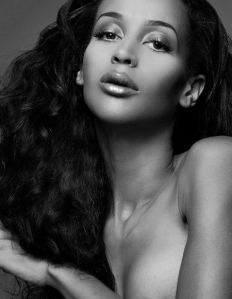 I would like to take the time to show Isis King some love. She was recently eliminated on on America’s Next Top Model Allstar cycle. From the first time that I saw her as a contestant on her first cycle, I was so excited about where her new found limelight would take her. Like a internet stan, I google her name and followed her every move. I learned more about her story of struggle, serendipity, and inspiration. Since the first cycle of ANTM, she has been hired for runway shows, public speaking events, and countless interviews. Each time I saw her she looks fabulous and never once did I feel she represent trans-women in a wrong way. I still feel the same way about her after this recent elimination.
Isis, I want to thank you for showing the world that anything is possible if you are fearless and strong. Despite the catty bullcrap and internet haters, you pushed forward like a champ. You put the pessimist in me further back in the corner and let me know that if they give us a chance we should grab it by the horns and ride it into the sunset. I wish you the best and I can’t wait to see what you have in store for use next. I hearyou are a fabulous designer and might come out with a line. So like hood chick I am, I will be sending you my measurements so you can hook me UP!!!!!!!!!!!! Stay blessed

Posted on September 22, 2011 by diamondstylz

Biopsychology Pieces the Puzzle Together

Biopsychology can play a major role in the acceptance of the idea that gender identity has a biological basis. One reason is because it is factual. These gender variation can be proven with evidence, pictures, and statistics. The theories of the bio-psychological perspective are not like the psychoanalytical  perspective of Sigmund Freud, which are based in the idea of the mind or subconscious which cannot be observed. The brain can be observed. Genetics can be observed and broken down. The ability to observe and study is what the scientific method is all about. That is what make it more reliable. A more reliable source and study equates to a more persuasive argument of the facts that gender identity has a biological basis. This leads to more understand and acceptance. Remember when  most of the population thought the Earth was flat until science came along and prove otherwise?

The nature versus nurture debate is always at the heart of the gender identity debate. From the time that the transsexual’s dad thinks that he did something wrong as a parent to the time when a mother says “I knew you were difference when you were 2 years old”, the implication of the environmental causes and genetic causes start to clash. Like with other abnormal human conditions, biopsychology has the potential to put to rest the never ending nature versus nurture debate and religious scorn as it pertains to gender identity. The argument of “God made you a <insert sex/gender> so that what you were meant to be/will always be” will have no weight. With evidence of natural occurring physiological differences, it places gender identity in the same realm as being born with red hair or down syndrome. The evidence is currently being explored and the idea of gender being a black or white, male or female issue will be put to rest.

Sections of the Brain

In 2004 a study was conducted in Amsterdam by the Netherlands Institute for Neuroscience. With the use of three different staining throughout the nuclei of the hypothalamus, they were able to determine that male-to-female transsexuals, in fact, had the same size and number of neurons as normal females and this similarity occur prior to the actually administration of hormones like estrogen to the male-to-female body. This same evidence was found to be true as it pertained to female-to-male transsexual and their similarities to males. The researchers came to the conclusion that these findings prove that gender identity is apart of a complex network involved in various aspect of the transsexuals hypothalamic nuclei that is shaped like the genetic gender they were born but it is the size and number of the gender that they feel like.

Another study, the largest study of transsexualism to date, was conducted on 122 male-to-female transsexuals that found that there are  three genes known to be associated with sex development: androgen receptor, the estrogen receptor, and an enzyme which converts testosterone to estrogen. In the subject they found that the androgen receptor was longer in them than other genetic males which causes a weak testosterone signal. This weak signal can have integral effect on gender development in the womb. Lauren Hare from Henry’s Institute of Medical Research, who headed the study says this

“There is a social stigma that transsexualism is simple a lifestyle choice, however our findings support that a biological basis of how gender identity develops.” (Hare. 2008)

Another research study shows that the corpus callosum, which is the portion of the brain that connect and facilitates communications between the left and right hemisphere of the brain, shape is reverse in transsexuals, opposite shaped of a norman person born with the same genitalia.  This study was done through the use of MRIs on normal males, normal female and transsexuals of both kind. So this evidence shows the existence of a mental sex between your ears as oppose to just a physical sex between your legs.  So determining sex is not as easy now as opening the baby’s legs and seeing a penis or vagina.

These studies and countless other studies show that it is extremely likely that there is a genetic basis to gender identity. It is my belief from personal experience and personal evaluation of the transgender community that there is a biological basis that predisposes transsexual to become what they are. Yes, making the choice to transition to the new gender depend on what you environment allows. A transsexual cannot transition in Uganda without the risk of death. The extreme social negativity toward the transition prevent that choice of living the social life of the new gender to be made. Whereas if a transsexual is in America, they can transition freely because of the wealth of rights we have and American citizens. Although the lifestyle is still marginalized in America, so transition is not without some form of resistance.  Due to conservative religious beliefs and other social obstacles, even with evidence, transsexualism will have an uphill battle to become respected as more then a lifestyle choice. I find this ironic because it was so quickly and easily accepted that alcoholism had a genetic basis. So society can except that someone choosing to pick up a whiskey bottle and gluttonously drink irresponsibly has biological reasoning but a person feeling like the opposite sex with studies that can explain this feeling on a  biological level is unacceptable and shunned. This does not seem very logical or fair. The difference though is drinking is social acceptable and in some instance seen as “cool”. Whereas transsexualism is seen as a weird sexual deviant lifestyles only explore by  perverts , exploited in the sex industry and smut TV for shock value and ratings i.e. Jerry Springer Show and Maury Polvich. I think the issue of gender identity and sexual orientation will end in a way similar to the issue of the shape of the planet. When everyone thought the world was flat, science and research came along and prove that it was round. There was period of that transition where people who were consider educated at the time like Thales, Hecataeus of Miletus, and the prevalent people of that era spoke against the idea that the world was round but over time and continuous studies and proof, the round world became public knowledge and a world wide excepted fact and not just in theory (except for Sherri Shepard on The View who didn’t get the memo or something…lol) 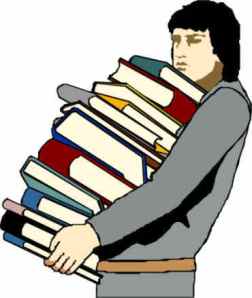 The truth of the matter is that the layman or average joe is not keeping up with the advances in neuroscience especially as it pertain to gender identity. Gender identity is not their issue until we are trying to use their restrooms, be a girl scout, or receive the spousal support for a spouse’s death. The key is to bring this knowledge to school books and colleges so that the next generation is not suck in the notion that if an individual is  born with a  penis he is just simply a male/man or if a individual is born with a  vagina, she is just simply female/woman without any consideration of variation to the obvious physical. There is a inside of all humans and many things we are yet to understand. With time and constant exposure of the truth, I have faith that society will come around.

Various link  to more information and the studies

Posted on September 21, 2011 by diamondstylz

Cases of capital punishment, like the Troy Davis caseand execution, always make me think about God and prayers. Can you imagine how many people are genuinely praying to God to intervene in this situation?Will God come through at the last minute in some dramatic sweat-dripping-from-Troy’s-forehead type scene or will he not show up? What about the people praying against Troy Davis, are there more people praying against him than for him and does that tally matter to God’s decision to help or not. I cant say. I never been the type to fully believe in predestination. My theory is I think God’s gave us a will to do as we please. That is the blessing of being a human to choose who to follow. I think his give us the guidelines and we make the choice to follow him or evil. He does not know the path we will choose. He does know that he will prevail in the end but he does not know how many of us will choose the right path. So if my theory is true, God is sitting back, like he did with Job, watching what we will do and  decide in the Troy Davis case. Hopefully we will make the right choice.

Teen gets 5 years for attack on Transgender at McDonalds

Posted on September 14, 2011 by diamondstylz

Teen gets five years for attack on transgender woman at McDonald’s
http://www.baltimoresun.com/news/maryland/baltimore-county/bs-md-co-mcdonalds-sentencing-20110913,0,5603673.story

Posted on September 11, 2011 by diamondstylz

Beyonce Pregnancy and her “Perfect” Life

With the breaking news of Beyonce pregnancy and her seemingly perfect life, I decide to talk about it a little bit

So His Mom Thinks Im a Witch

David Tyree and I: Gay Marriage

1.) Whether a group is a minority or not is irrelevant to whether they should have rights.

2.)The “Can’t let﻿ gays redefine marriage” argument is inherently flawed because str8 Americans have redefined marriage constantly over the years based on CURRENT CULTURE. It was edited to banish polygamy, pedophilia, interracial love, and again to re-allow interracial love.

3.)In this country we have freedom of religion. This maybe a shock but some other people don’t even believe in God, let alone do things according to the Bible. They dont have too.Therefore their civil rights shouldn’t be based or determine by religion.

You background only determine your past not your future…it what you do with your experiences that make your what you are and who you will be . Dont let that history anchor you. Break those change and press forward into something better for yourself